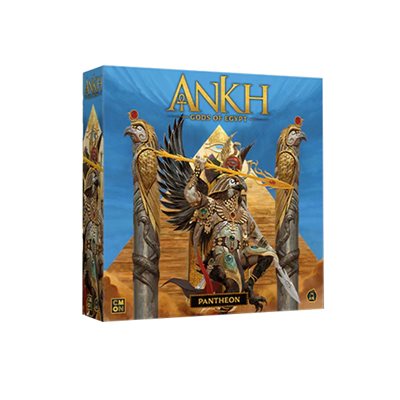 Ancient Egypt was full of different gods that the people prayed to, offering up gifts and devotion. This made the gods strong. As the whims of mankind change, the power of the gods wanes. In the end, only one will remain. The Pantheon expansion for Ankh offers players five more gods to choose from when starting a game; each with their own unique power.

-Highly Detailed Figures - The five gods and their warriors are all represented on the table by highly detailed miniature figures.

-Dashboards and Tokens Included - These gods are ready to add to games of Ankh right out of the box, complete with god dashboards, tokens, battle cards, and color bases.

-New Options - With each having their own unique god power, players will have plenty of new options for who they want to wage a war of devotion in ancient Egypt.

-This is an expansion, a copy of Ankh is needed to play.