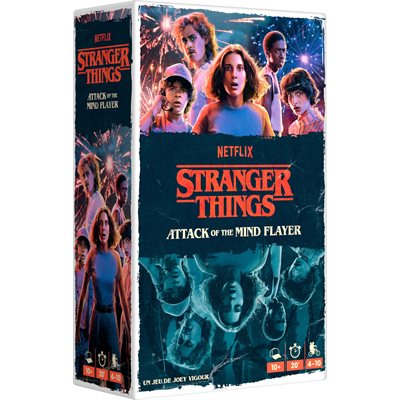 The Mind Flayer is creating an army to invade the Earth! Be vigilant and try to find out who among you is possessed and stop them from attacking you. «Attack of the Mind Flayer» is an innovative and fast-paced secret identity game based on the universe of Stranger Things, the popular Netflix TV series.

However, unlike other hidden identity games, you have to take most of your good and bad actions publicly!

Quick games that you can play back-to-back. No two games are alike!

Three key moments during the game with twists that can shake things up.