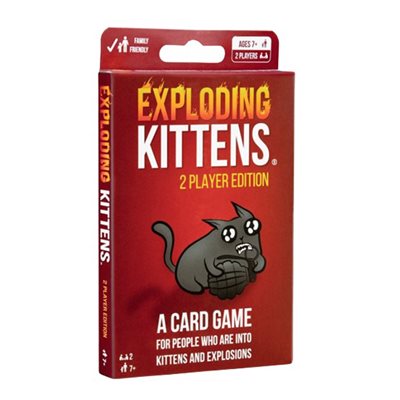 This is the same Exploding Kittens that you know and love, but made for only two players.

“It's like UNO, except there are goats, magical enchiladas and kittens that can kill you.” -CNN

This family-friendly party game can also be combined with the original edition Exploding Kittens game.