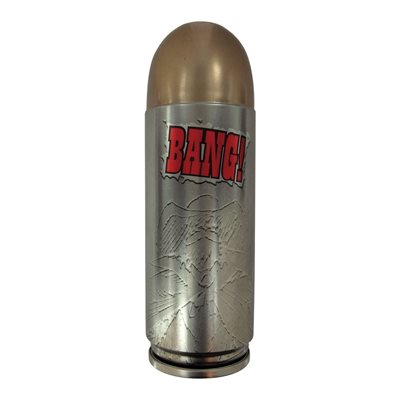 "The Outlaws hunt the Sheriff. The Sheriff hunts the Outlaws. The Renegade plots secretly, ready to take one side or the other. Bullets fly. Who among the gunmen is a Deputy, ready to sacrifice himself for the Sheriff? And who is a merciless Outlaw, willing to kill him? If you want to find out, just draw (your cards)!" The card game BANG! recreates an old-fashioned spaghetti western shoot-out, with each player randomly receiving a Character card to determine special abilities, and a secret Role card to determine their goal. This version includes the base game and 3 expansions!