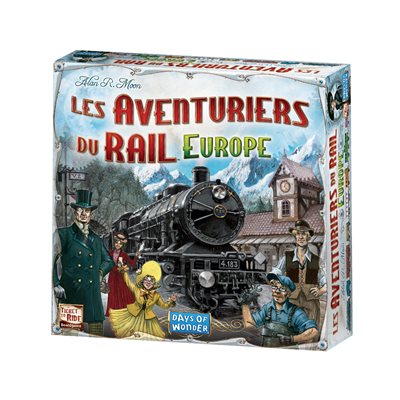 -Based on the award-winning Ticket to Ride, now set in turn-of-the- century Europe with brand new gameplay elements

-Compete with other players to build train lines across Europe.

-Part set collection, part area control, Ticket to Ride Europe challenges players to be constantly aware of the board state, which cards they need, and what their opponents are up to!

-Easy to learn, hours of play