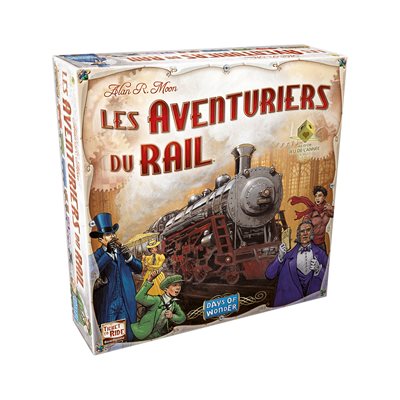 Build your tracks across the United States in Ticket to Ride, a fast-paced strategic board. In every game, players must compete for train cards, which in turn allow them to run their trains between iconic American cities. Earn points for every completed route, but don’t forget to plan for the future: ticket cards can award more points if the two cities shown on the ticket are connected.

-A fast-paced, award-winning board game

-Compete with other players to build train lines across North America.

-Part set collection, part area control, Ticket to Ride challenges players to be constantly aware of the board state, which cards they need, and what their opponents are up to!