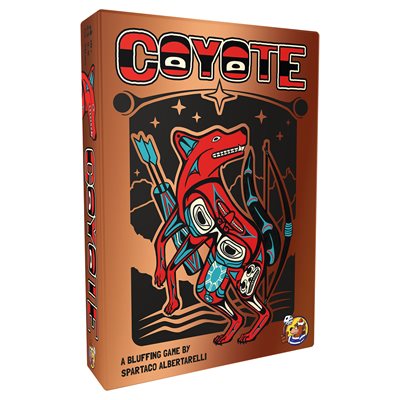 Once Coyote lost all his belongings, while crossing the river with his friends. He became very sad … and also jealous. So Coyote challenged the others to win their possessions and they agreed. Being a trickster, he invented a bluffing game, in which everyone had to lie, as nobody would know the truth. Rumor has it the game was quite similar to this one!

Eyecatching quality of copper metallic card back and box print